We live in tax system based on voluntary compliance, which includes self-reporting all of our income to the IRS on our tax return, and claiming only the tax deductions that we are entitled to by law.

And to ensure that we pay the correct amount of taxes, Congress has given the IRS the right to audit our tax returns.

But what are the limits on the power of the IRS to audit?

Can the IRS audit you year after year, ongoing, without end?

When is enough enough?

Recently, I helped a client who was notified that he was being audited for the fourth time in the last 10 years.  Each time he was audited, he came out pretty clean.  One year he owed nothing additional to the IRS, and the other years had very minimal changes.

Needless to say, our view was that enough was now enough, and the IRS was exceeding any degree of good faith or public service in opening a new audit all over again when prior audits resulted in minimal changes.

I wrote a letter to the auditor, requesting that the audit not move forward, and that the IRS agree to close the audit without any further investigation due to prior years’ results.

We had success – the auditor called back, and after speaking with IRS management, and agreed to shut down the audit.

If you are faced with what you believe to be an unnecessary repeat IRS audit, you need to know where to turn, and how to respond.

I am writing in response to your letter regarding the examination of the 2013 and 2014 tax returns of my clients.  Powers of attorney authorizing my representation of the taxpayers are enclosed.

The taxpayers’ books and records have audited on prior years taxes on the same issues currently identified, and the results are consistently no-change and small change.

The taxpayers respectfully submit that, as evidenced by their prior audit results, including an audit concluded just last month, that they maintain a high degree of voluntary compliance, there is minimal probability of error, and to devote staffing to a new audit on issues that have resulted in no change or a small change, including a no-change audit previously conducted by you on the same issues, is not an efficient use of staffing and resources.

In support thereof, I am enclosing the following:

IRS Policy Statement 4-21 provides that the primary objective in selecting returns for examination is to promote the highest degree of voluntary compliance on the part of taxpayers, the probability of error, and to make the most efficient use of examination staffing and resources.

The taxpayers respectfully submit that to commence an audit of the taxpayers’ 2013 and 2014 Schedule Cs one month following a Tax Court decision determining a small change and no penalties on their 2012 Schedule C is not the most efficient use of exam staffing and resources.

Time and time again, the taxpayers have cooperated and demonstrated a high degree of voluntary compliance, including a no change audit conducted by you, and respectfully request that resources not be allocated to a repeat audit with a low probability of error.

Thank you for your consideration.

Note that we started with a letter, clearly identifying the issues, providing supporting documentation to support our case, and citing Internal Revenue Service policy on conducting audits.

Our position was made clear, but done with respect for the IRS and the auditor and her job responsibilities.

Make no mistake about it, negotiating with the IRS is often about knowing how to speak their language, document your case, having familiarity with internal IRS guidelines, and understanding how communicate clearly and with respect to a very powerful government agency 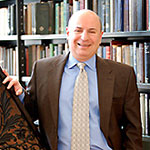 When do I know it’s right to file an offer in compromise? 5 top reasons.

What to expect when an IRS Revenue Officer comes calling to your home or business.

Is there such a thing as a hardship status with the IRS?

Defaulted on your IRS installment agreement? Where do you turn now?

Will bankruptcy help in getting the IRS to release a levy or seizure?